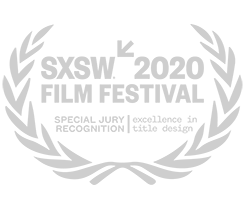 We were delighted to be asked to create the title sequence and several in episode graphic sequences for Discovery six part series, Why We Hate.

Led by executive producers Steven Spielberg and Alex Gibney, they were looking for a strong, cinematic, engaging and thought provoking sequence which explored the key theme of the series; Hate, with a further consideration of hate from a scientific viewpoint.

The goal was to create ‘science explainer’ sequences which conveyed the necessary information, but also were sophisticated and cinematic and tied in with the series aesthetic.

Using a 4K workflow combining C4D, After Effects and Flame, we boarded the sequences for initial feedback, moved onto test animations, and then final renders. There were some timing adjustments throughout the process as the edit was iterative, and the final delivery was made to NY via Aspera.

Go to Top
We use cookies on our website to give you the most relevant experience by remembering your preferences and repeat visits. By clicking “Accept”, you consent to the use of ALL the cookies.
Cookie settingsACCEPT
Manage consent