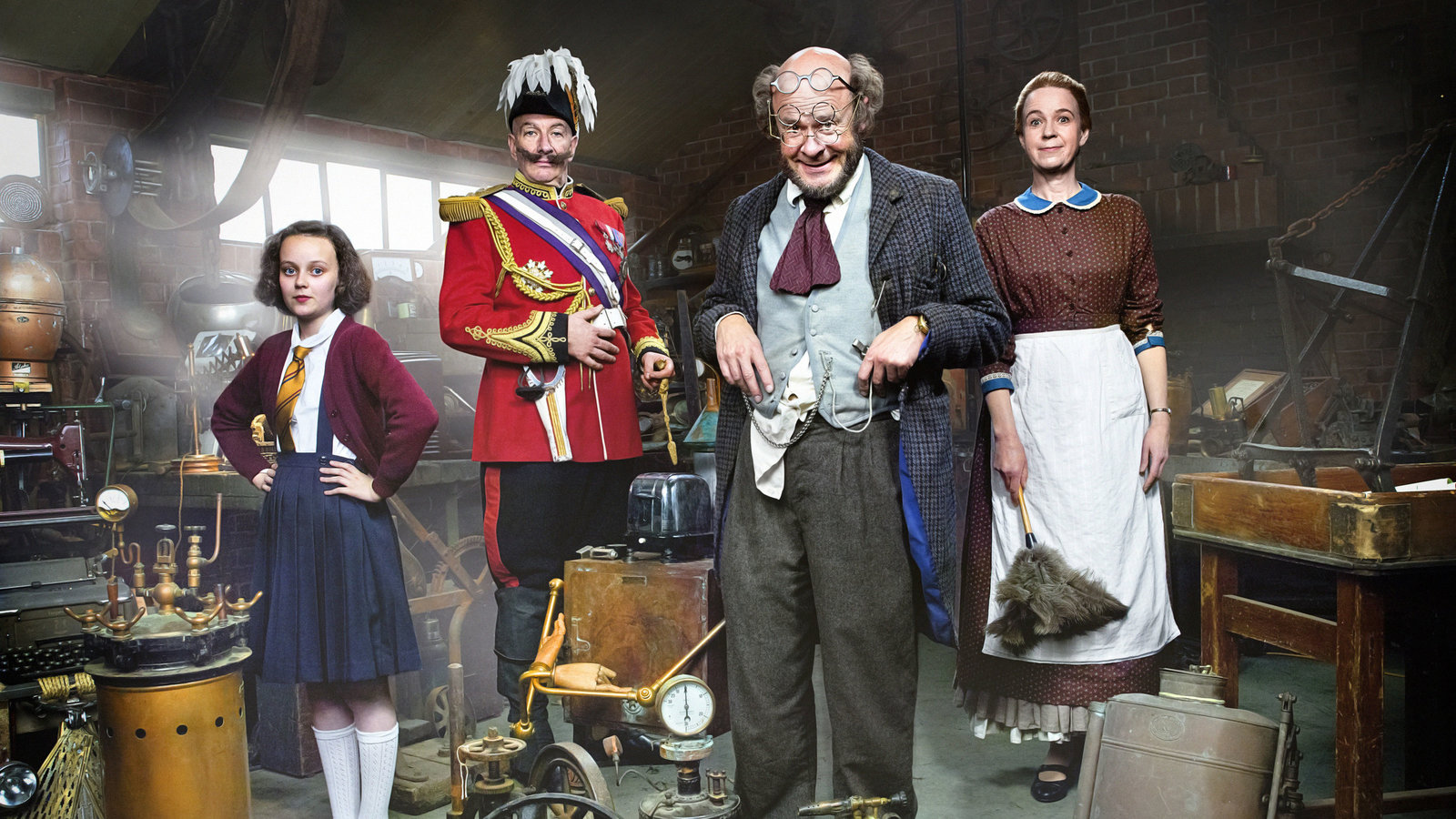 We delivered over 50 vfx shots for the hour long Christmas Eve special.

Having previously worked with Tanvir Hanif (Cilla, Midwinter of the Spirit, Cradle to Grave), we came on board early to discuss approach and workflow.

Supervised internally by Blue Spill’s Head of VFX Anthony Brownmoore, we worked with Dave Child in managing the team and workflow of over 20 CG shots. We’re looking forword to breaking down those shots in a later blog post – there was a some rather tricky shots, and some incredibly fun ones! Absolute pleasure to have been involved with.

We composited on Autodesk Smoke 2016 and Nuke by the Foundry, and the 3D was created in Autodesk Maya.

Catch it on air, Christmas Eve at 5:20pm, BBC1! More Details below!

Professor Branestawn Returns is set in the quintessential English village of Great Pagwell and sees Branestawm face money troubles when his bills are literally out of control. In order to try and pay off his debts, Connie suggests he enter the town’s best inventing competition to win a cash prize of £1,854 and a thruppeny bit – enough money to pay off his tax bill. But can he out invent the self-professed greatest inventor in the world, Professor Algebrain?

A sequel to last year’s Professor Branestawm movie, Professor Branestawn Returns was penned by Jekyll & Hyde scribe Charlie Higson. The one-off drama is being produced by BBC In-House Comedy and was commissioned by BBC One Controller Charlotte Moore, the BBC’s Controller of Comedy Commissioning Shane Allen and Controller of BBC Comedy Production Myfanwy Moore. Rosemary McGowan is the producer, while Cradle To Grave helmer Sandy Johnson is directing. Ben Farrell is the executive producer.