We’re super excited to announce that we’ll be at DOC NYC in November! We’ll be speaking on the Masterclass panel for Animation and Graphics, about graphical goods in general – and also relating to one of the films we worked on which is premiering at the festival, The Sunshine Makers.

The Sunshine Makers is a feature documentary revealing the untold story of two young idealists at the heart of the American psychedelic revolution. It was directed by Cosmo Fielding Mellen, produced by George Chignell & Nicole Stott and executive produced by John Battsek. Our involvement in the film spanned twelve months, involved a team of six artists, and we delivered over one hundred and thirty graphic sequences. It was a fantastic film to be involved with and we’re really looking forward to its premiere!

For more details regarding the Masterclass,  follow this link 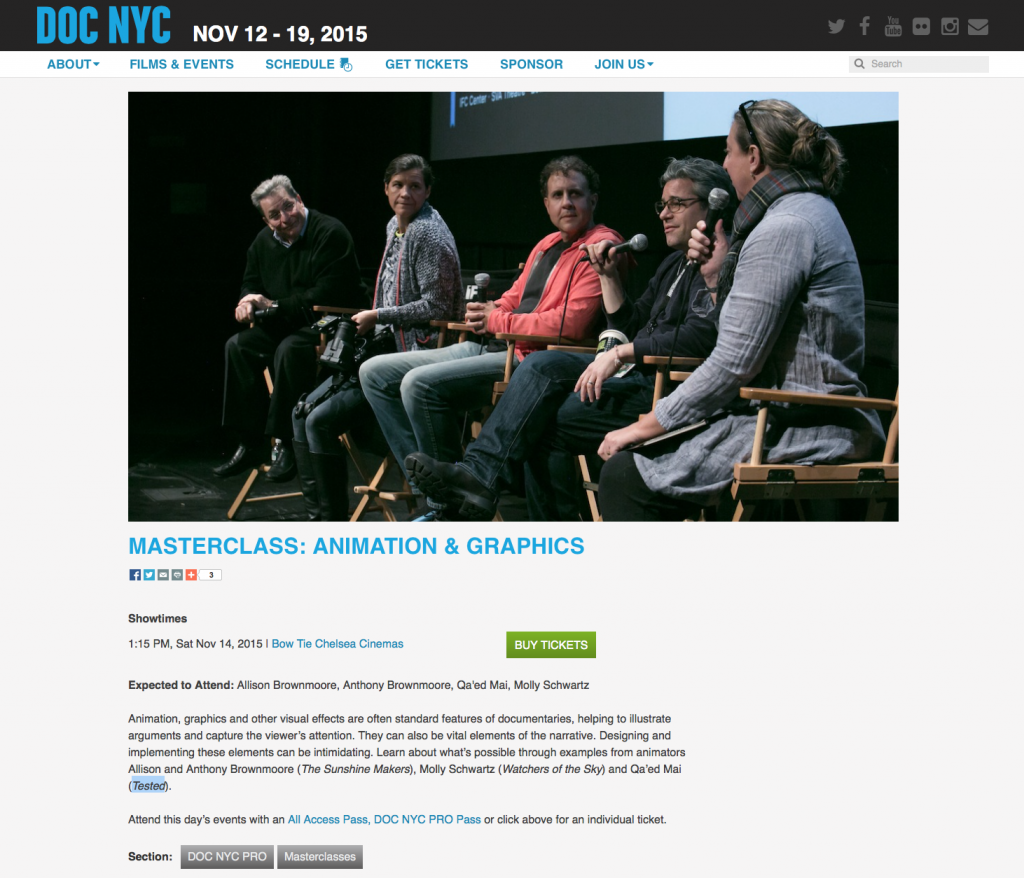