We came on board during the London based edit, and worked closely with Bart and editor Julian in executing their vision for the sequence. They wished to use images from Audubon’s incredibly painted book, The Birds of America. They had temped in some images from the book but wished for the connection between the birds and characters and/or narrative to be more closely linked. They also found they were making sacrifices on bird selection as some birds were painted on white backgrounds, which was less cinematic.

Initially we prioritised becoming very familiar with the birds and worked on finding a solution to the white backgrounds. With such a wealth of imagery available, it soon became clear we could focus on which bird was best suited for the character and sequence, and then allow composites from other paintings to create the backgrounds which fit the bird we’d selected. Once we started comping the images, this allowed us much greater freedom to really tailer each of the frames to be as rich as possible, and we were to later apply the same technique to the end cards, as per below.

The top image is the original painting, and the right, the finished frame. 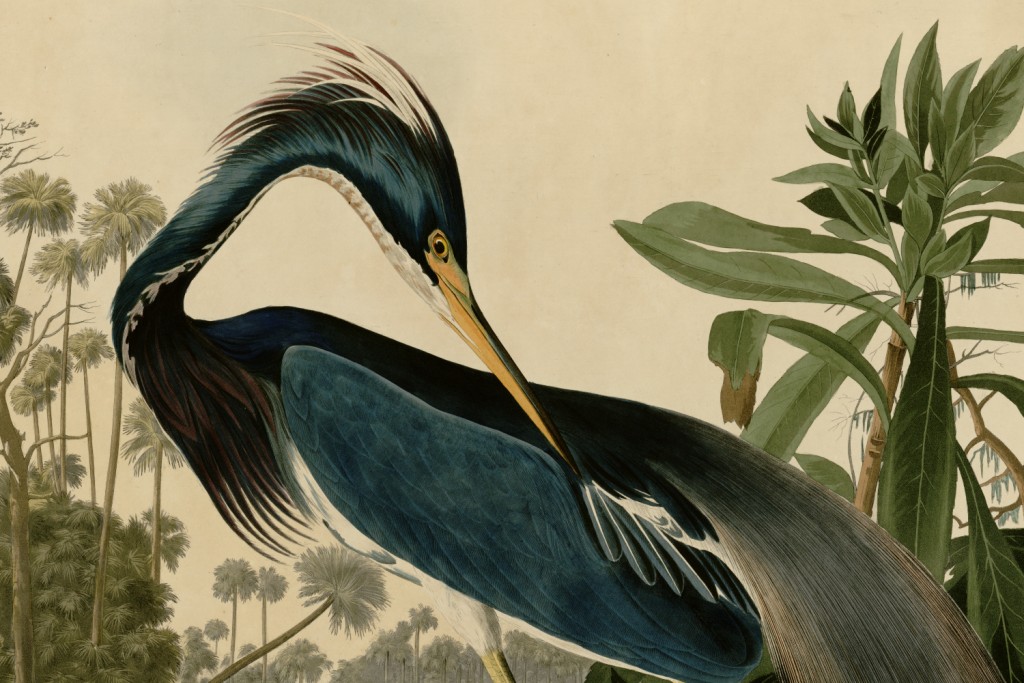 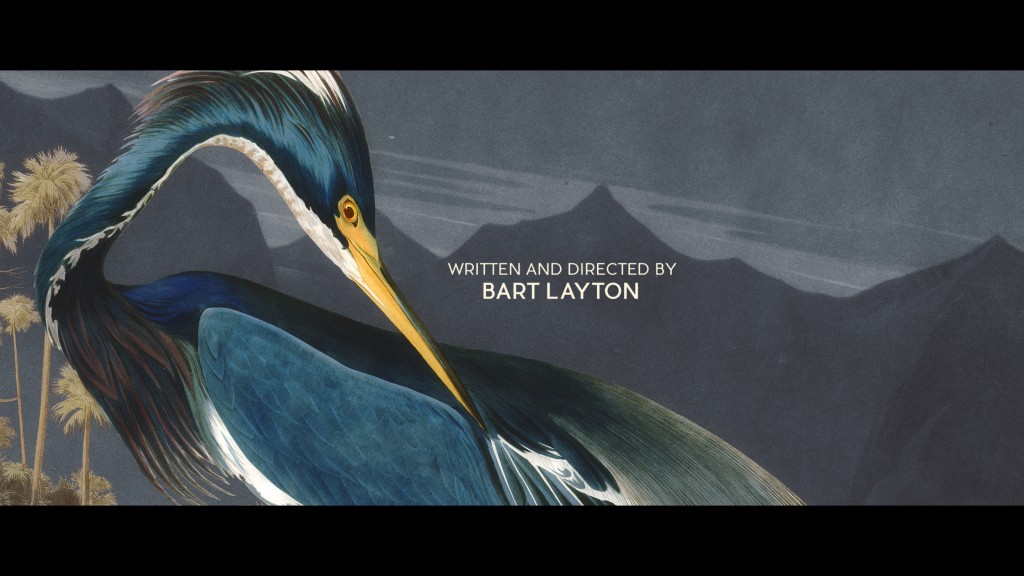