Our Year in Review! 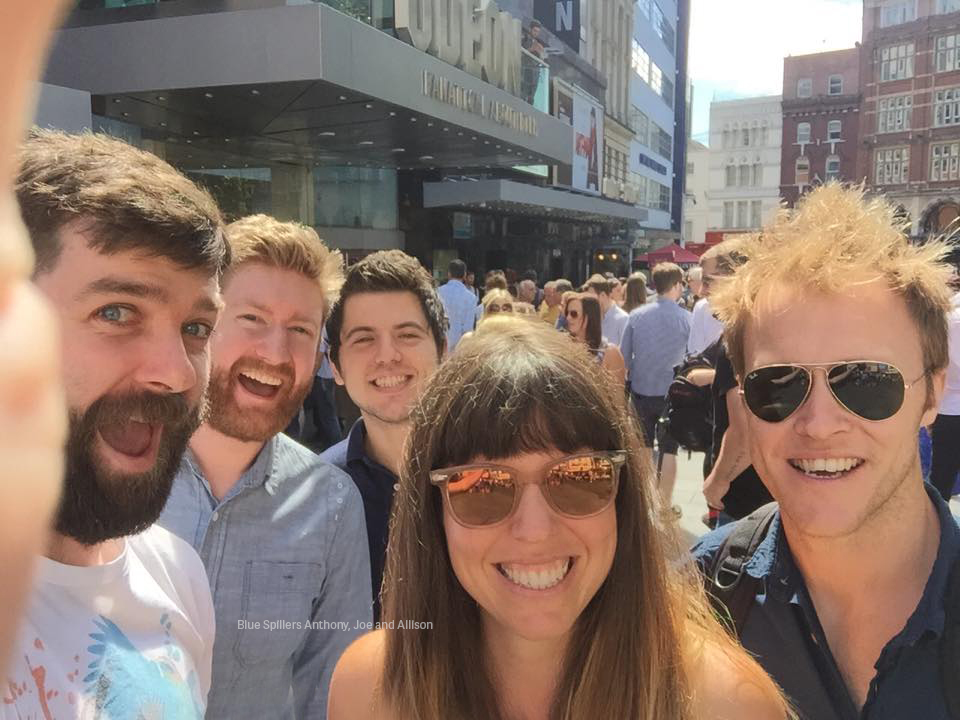 Blue Spill has had an incredibly exciting year and, in celebration of such exciting times, we wanted to share our year in review with you!

In 2015 we worked on twelve feature docs, a narrative feature, three prime time dramas and a comedy special. I’m exhausted just writing that! So, let’s start with our top five highlights…

– Delivering VFX for three brilliant prime time TV series. We were thrilled with the first one, but by the third we were ready to fall off our chair in excitement.

– Working with Louis Theroux. Nothing more to be said here.

– Delivering the final shot for The Sunshine Makers. With over 160 sequences in the film, managing a team of six artists, and a newborn baby in the mix – it was a stellar effort from all involved (even the baby)!

– Being on stage at Doc NYC, sharing our thoughts with a very talented selection of panelists for the Animation and Graphics Masterclass. Allison had tonsillitis and had got off a plane from LA at 2am the morning before, but it was still many degrees of awesome.

– Experiencing the premiere of our first narrative feature film, savouring all eight minutes of our contribution, for Guy Richie’s The Man From U.N.C.L.E. We’ve seen our work on the big screen quite a few times now, but never with security men in suits with binoculars.

For more details on any of the films above, check out our blog, where we discuss the films and our contribution in more depth.

In summary, we are thrilled to report such an incredible year. We are very passionate about our work, and feel honoured to be able to contribute to a selection of such inspiring films. We’re really looking forward to 2016, kicking off with We Are X premiering in Sundance in January 2016. Hooray!