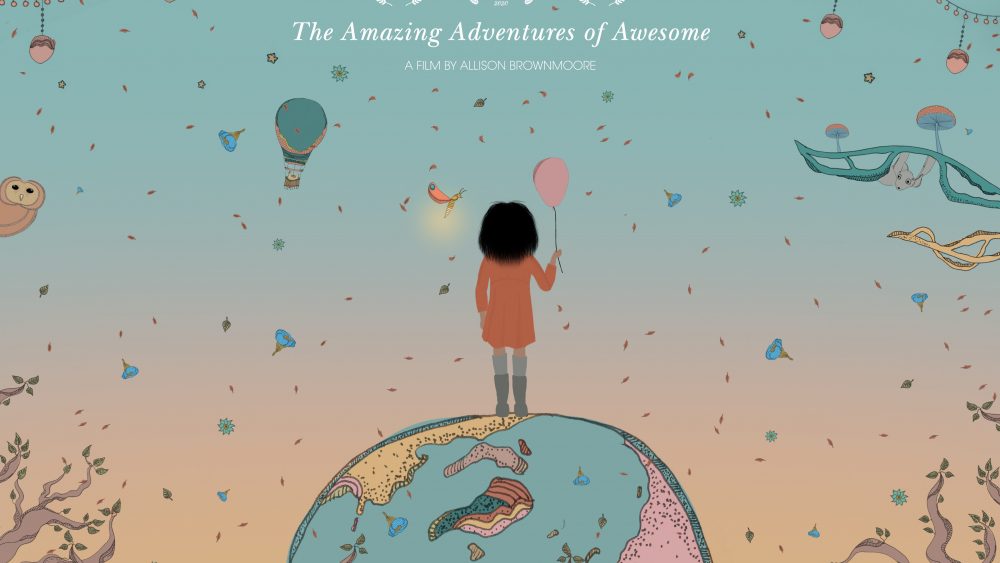 We're very excited to announce our own short film, The Amazing Adventures of Awesome, will be premiering Brooklyn Film Festival 2020.

The Amazing Adventures of Awesome is a hand illustrated animated short film about a young autistic girl at the heart of a quiet revolution.

Over two years in the making, our animation process for the film involved taking scans of illustrations, colouring and animating these elements individually using Duik. We worked with a team of animators over the two year period, lead by Sylvain Doussa. Alongside writing and directing, Allison illustrated the film, with over one hundred illustrations completed. The edit was undertaken with Autodesk Flame and the sound mix was completed at Jungle Studios, in Soho.

The film began over two years ago, when an incredible moment with Allison’s son inspired her to tell their story.

Her son was diagnosed with autism when he was six, and the diagnosis came as a surprise. He didn’t present as what she then believed autism was, he is exceptionally kind, empathetic and socially driven. One of his most loved past times… high fiving people, especially strangers!

Two years ago, when they were at a music festival in the south of England, everything changed.

Allison’s son was up ahead, eating his favourite snack of corn on the cob, and she was walking behind him. Suddenly, he started high fiving people ahead of her – and as they passed him, she could see the magic he was creating.

The festival go-ers were tired, preoccupied, down trodden, and when he high fived them – they came alive! Surprised, laughing, total game changer! Walking behind him at this moment, she experienced the aftermath of the high five, this incredible wave of influence he was creating.

It was so inspiring, and she knew that she needed to share this moment.

She then embarked on this journey, creating her own illustrations and working with a team of animators to bring the story to life. As a design director working on other people’s films, she was accustomed to telling other people’s stories… so it was an incredibly process to be telling her own.

Though autism is slowly becoming more prevalent in the media, Allison finds many instances where this portrayal is one where we are encouraged to feel sympathy for the character. They are often portrayed as isolated, both physically and emotionally, and whilst this can be a common experience she felt it was important to portray an autistic character which was more in line of her own experience, and also the experience of others in the community – one which is positive, optimistic and celebratory.

This film is inspired by her son, but is the story of many.

The website for the film is available at www.aaoa.co.uk