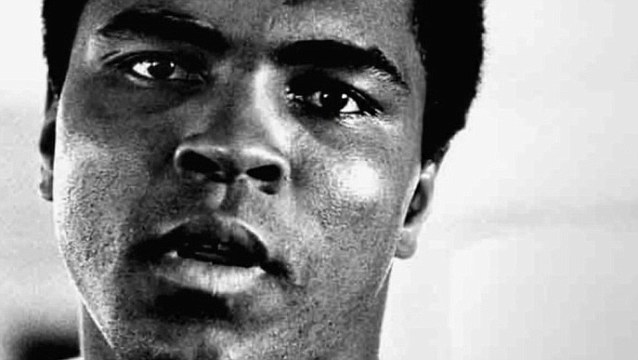 I AM ALI premieres NY

I Am Ali is a Clare Lewin film, telling the life of Muhammad Ali through his personal archive of “audio journals” as well as interviews and testimonials from his inner circle of family and friends. Watch the trailer for the film here

We came on board late in the edit, to assist in finding a visual solution to these incredible audio journals. We experimented with various wave forms to support the richness and highlight the intimacy of Ali’s audio recordings. We also needed to find a style which was engaging enough to sustain multiple re-visits throughout the film, and for a considerable duration.

Working with Clare on the London based edit was a pleasure, and we’re very pleased the film has opened to positive reviews, one of which mentioning our work on the waveforms…

“Director Clare Lewins, film editor Reg Wrench and director of photography Stuart Luck use an engaging graphic of audio sound waves in the sequences where the championship boxer talks with his offspring. Surprisingly it’s a visual that never gets monotonous, and hearing the voice of Ali, at various stages in his life, gives us a window into his kindness and generous spirit.”