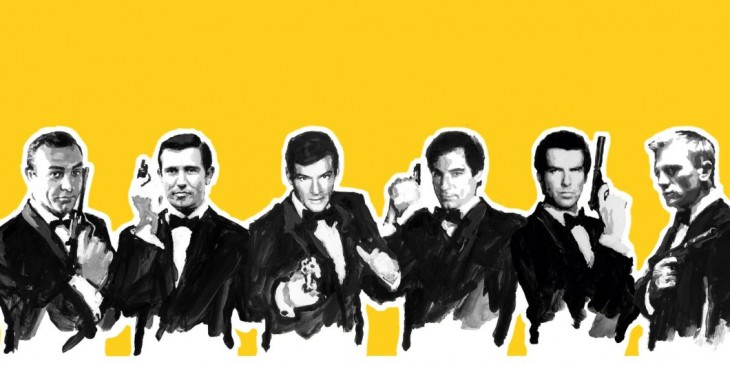 Currently screening on Sky Movies 007 and Sky1 is the Bond feature documentary, Everything or Nothing. Our involvement in Bond began with a conversation starting with something like “I’d give one of my legs to work on this…” Thankfully that wasn’t required.

Working with Passion Pictures and Red Box Films, we were bought on board during the edit, having worked with director Stevan Riley previously on the Gierson award winning Fire in Babylon. Spending some time developing the look, we launched into designing and delivering over fifty shots and sequences (including an additional 100 graded rostrums).

Some shots we filmed in completion, or created elements for, including developing a shot/comped technique for our newspaper headline sequences. Designing the gun barrel sequence was particularly rewarding – and fortunately its garnered quite a favourable response from Bond fans.

One of the sequences we shot and composited

A fantastic film to have been involved with, just need to wait for another 50 years for the 100 year retrospective…